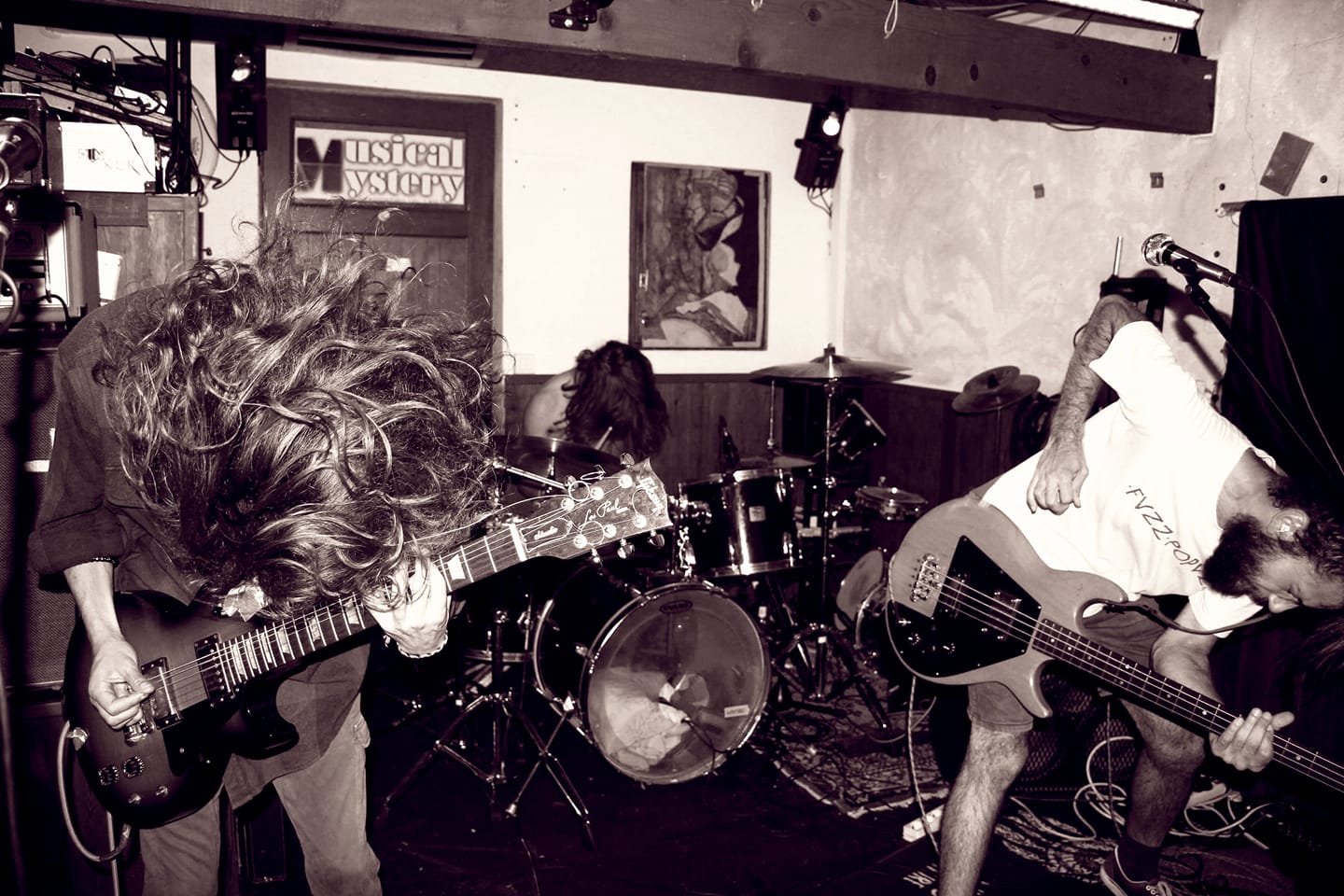 Wormsand is a stoner/sludge band formed in Menton, south of France, in 2018 by Julien Coppo (Clystone), Clément Mozzone (Clystone, Manu’s Milk) and Tom Valstar (Nephysim). The band played many shows with artists such as Witchthroat Serpent, Fuzz Popvli, Witchfinder and Little Jimi.

Saka Čost is very proud to release their first EP self titled « Wormsand ». A four tracks EP of pure heaviness, caverneous reverb, incantatory singing and psyche-infused riffs. The sound is ultra massive, the bass is purring, the cymbals are tajin dishes and the whole bangs severely. Wormsand delivers here a fisrt loud effort that makes them look like french Monolord.